At the end of that article I promised we would discuss advanced orgasm control techniques and touch on reconditioning. These topics are great for long-term couples living in some sort of power exchange relationship. Why long-term? Because this stuff simply takes time. I can't imagine a scenario that this could be effective on the second time playing with a partner or the like. That said, with consistent effort, it can happen and be a sexy tool for the Dominant to use. That said, let's dive right in.

We left off at orgasm control here: "Once you can edge pretty successfully, it’s time to add in the Dominant’s 'trigger' if you will. We have all heard of Pavlov’s dog, right? Same principle. For most people I have come across it is simply choosing a word, or phrase, often combined with an eye contact from the  Top. “Come” is pretty standard of course and there is no need to complicate things. So you combine edging with this trigger during future encounters. The Dominant sees the peak rising and makes a decision: either say 'Come' and allow her to ride it out or remove stimulation and if asked instruct that no, they cannot come yet, and continue on. Eventually, you will have trained that person to actually  need that trigger present to orgasm."

The next step is to remove any actual genital stimulation and still bring the submissive to orgasm. Sound impossible? It's not! It is simply a continuation of the above training, a little bit Pavlov's dog meets obedient submissive. Once you have control over the orgasm by needing that trigger from the Dominant you can start to move the sensation from being derived in the genitals to the genitals and something else. It can be a hand around the throat (requisite be careful and read, research, and train before engaging in breath play warning) or a pressure point somewhere on the body. So now you, as the submissive are receiving three signals for orgasm: genital stimulation, the Dominants "trigger" word or command, and something else. Keep doing this time and time again, enough to the point that if you remove any of these you will not be able to reach orgasm.

Once you are there, it is time to remove one of those triggers. That would be having your bits and pieces touched at all. I gave the earlier example of my sadist husband at the grocery store with me and him grabbing my wrist in that certain place while whispering "those words" close in my ear and the delicious horror of feeling my body unfurl into a shivering orgasm in public. It is sexy and leaves you feeling so unbelievably close. It creates a connection that I find hard to match, having another person so in control of your body. The knowledge that at any moment you can be used as a sexual tool. The intimidating nature of the vulnerability.

Right now we are about ten months of working on removing that second trigger, the physical contact of any kind. It is basically "come on command" in our home. He gets close, leans into my ear, and whispers.... that thing. I feel the lower half of me open up and react as if he was there instead of fully clothed and not touching me. It is useful as a way to assert his Dominance in a fast way, as well as when we are playing. We often play in public and many clubs don't allow penetration. With us he can turn me into a pool of happy orgasming submissive without breaking any rules. In some ways it is jarring. I feel like in some ways my body is betraying me, answering to somebody else instead of acting in its own way. Then I remember:

My body belongs to him now.

I think it is important to add a disclaimer of sorts about orgasm control, be it advanced training or in the beginning. This stuff will NOT always work! This is not a foolproof, 100% of the time, punish if unable to go as hoped training tool. So much can effect whether or not the submissive can properly control her orgasm. I know in subspace I often can no longer control my body. There are times that he ceases to exist as I focus on pain management techniques and oftentimes I will mistakenly orgasm without really knowing. Also stress in the outside world can play a factor. I have my hardest time reacting to that trigger when I am mentally bogged down with other things. When something else is at the forefront of my brain I have to really work to make that connection. Also physical things like hydration, hunger, temperature, exhaustion, etc can all play a part. The important thing is that you have an enjoyable time while doing it. It requires a whole lot of sexy practice and that makes it good in my book!

A final word on reconditioning.

This all sounds like a lot of fun and games... which it is. But you have to keep in mind that as a submissive you are asking another person to take over control of not just your body but your body and mind and energy and training. There is some severity in this type of advanced training. While I try not to be a negative person I do try to plan for the unexpected. What would happen, for instance, if my Dominant didn't come home ever again for one reason or another? What would happen if I wanted out of the relationship? I want to suggest some sort of back up plan in place to recondition the submissive in case of worst case. This can be as simple as a Dominant writing out and sealing a directive ordering that submissive to take back control of orgasm if they pass suddenly. If you have decided that the dynamic will be ending, you can reverse the training by putting the trigger back onto the submissive's control slowly over a period of time or have one final session to release the submissive if both parties think that would be helpful.

No matter what, be safe and be aware of the risks associated with this kind of intense training.

Have you had any experience with advanced orgasm control? Is this something you would want to give up to the right person or are you in the no way, nu-uh camp?

The Benefits of Orgasm Control and How to Get Started

What Should I Try Next: Like Orgasm Control? Try Forced Orgasms! 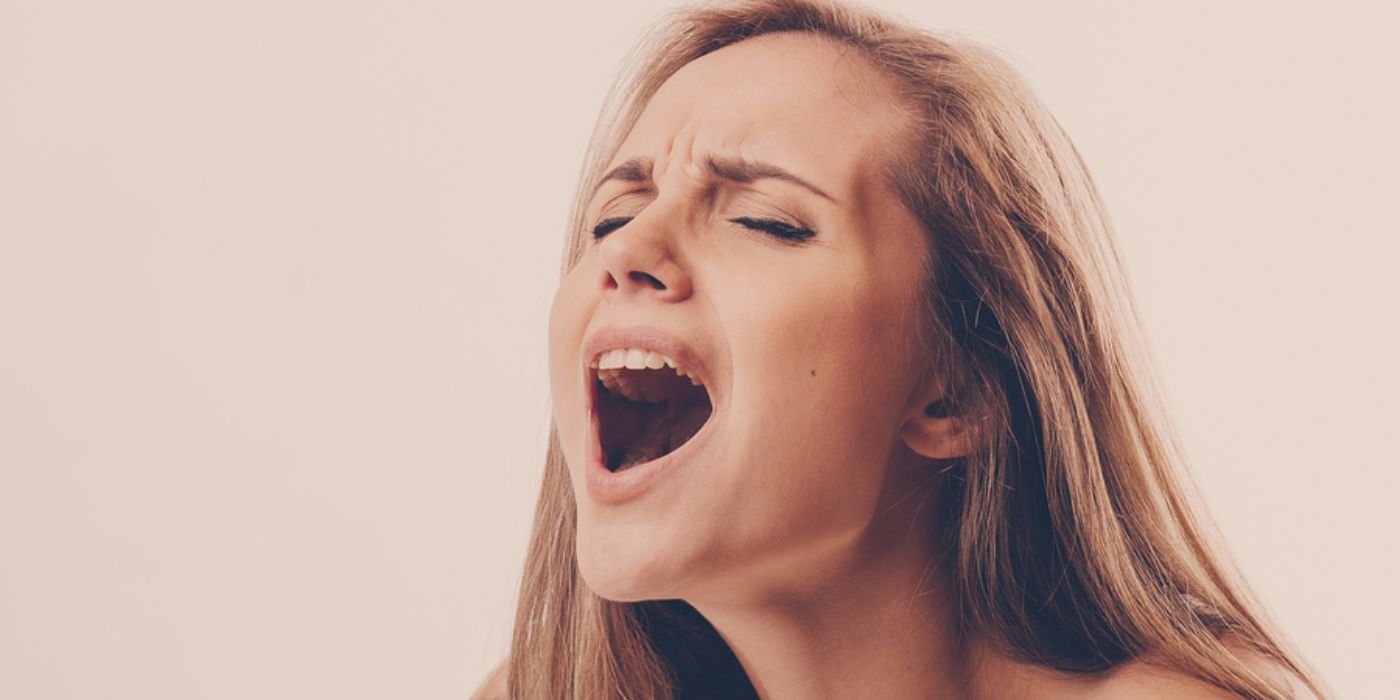 Orgasm on Command Training - The Process for the Submissive