How Do I Let Him Know I'm Committed to Him?

I am finally at ease with my Daddy Dom, ready to move on in our relationship, giving him my trust which has been hard for me, because of past abuses. Even thinking of myself as 'little" for him was hard at first. But I so enjoy the simple nature of the relationship. But, this morning, in a candid adult mannered conversation that we leave time for everyday, Daddy confided, he has fear in trusting me! Others have grown and moved on leaving him broken hearted. In essence he is afraid I too will move on, and he says of all his submissive relationships, I am the one girl he doesn't think he could ever let go, I'm his world. I'm humbled, awed, inspired, and concerned. I've been afraid of him getting sick of me and leaving me! Now to find he fears losing me? How did neither of us get to this conversation sooner? And how do I assure him, I have NO intention of leaving him. He makes me happier then I have ever been. I want him to know his Collar is on me permanently if HE so chooses.

We are both Christian, though different denominations so we alternate Sunday's and in essence have 2 "home church's". Should I hint or tell him if he'd like the additional collar of a wedding ring and piece of paper, I am more then happy to say 'I do" in front of our family and friends in a traditional Christian ceremony? He knows I take my vows within the church very seriously. I'm just wondering as a woman, and a submissive, how do I offer this option to him or should I?

The only way to “prove” yourself and your honest intentions with your Daddy is to continue to be there for him, consistently doing what you say you’ll do. Earning trust and having someone believe a relationship they want is real can take time - as you probably know very well.

It’s wonderful to hear that you already have time set aside to have the “adult conversations” you need to have to maintain your relationship and keep the lines of communication open. Since you already have this, hopefully my next piece of advice won’t come as a shock.

Yes, as his submissive you are free to tell him what you want and need - even when those wants and needs don’t directly relate to your kink or your power exchange. Remember, no matter what flavor your relationship is, you’re still two people trying to build something together. Don’t ever think you shouldn’t tell him something because you’re a submissive or a woman. How will he ever know what you want if you don’t tell him?

A word of advice from a submissive who’s own Daddy Dom doesn’t always give me exactly what I want - just because you have the conversation doesn’t mean he’ll respond the way you expect. He may tell you he needs time. He may say he’s not ready. He may simply tell you he has to think about it. All of these are valid responses. Don’t freak out or think you shouldn’t have said anything. You’ve done your part by sharing your desires with him. Now you need to let him process what you’ve said.

In my own relationship, I made it clear early on that I was looking for a long-term commitment and that (for me) a collar was as serious as a wedding vow. While it wasn’t something we talked about often, it set the expectation for the direction of our relationship. Two years later, we’re engaged to be married and there will be a collar involved. Saying something about it now doesn’t mean either of you have to act on it immediately - it simply helps make sure you’re both on the same page and that, eventually, you can both decide if you want the same thing for your relationship.

The Ring and the Collar: A Personal Opinion on the Symbolism of a Collar

Help! I Can't Wear My Collar at Work 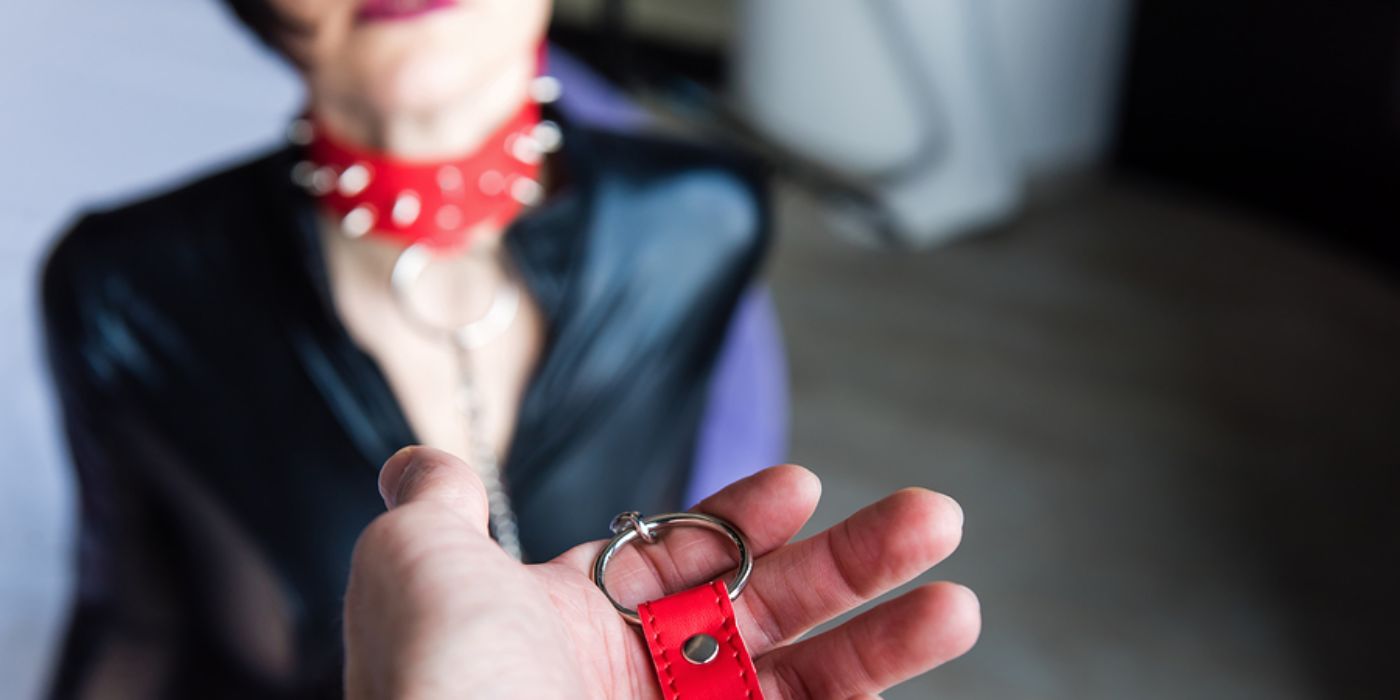