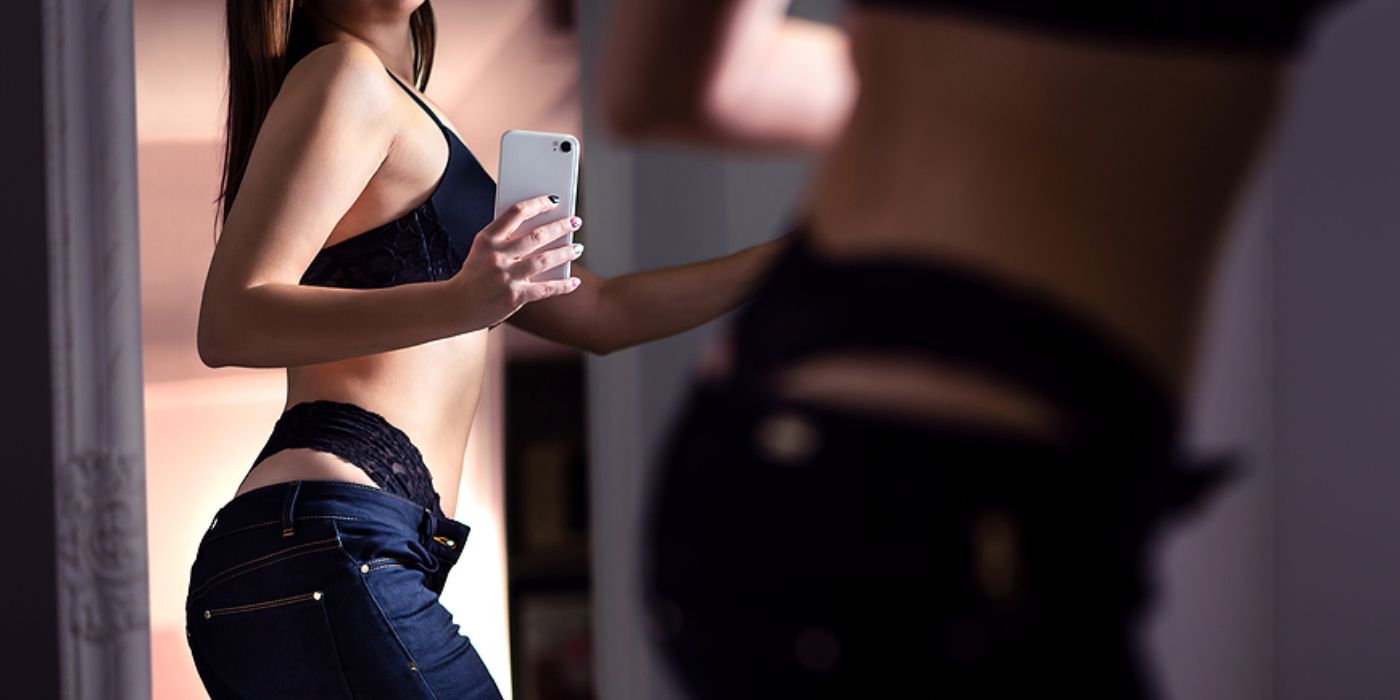 Sharing photos has been something I have done from the very beginning. For a long time, though, I was not comfortable with showing my face in any fetish pictures since I was partly worried about the risk of being outed and also because I wanted to be anonymous within the scene as well.

However, the more my relationship with Grimly developed, the more confident I became and more comfortable I was in accepting myself. I used to be a timid person, and I suppose around new people I still am, but being able to express this side of myself both in words and pictures has helped my confidence a great deal.

I don't have a high-risk job or children so; therefore, the damage being outed would cause is significantly small compared to people with those responsibilities.

Ultimately though, I'm a shy exhibitionist, and I like getting feedback on what I do. It might not float everybody's boat, but it's still good to get feedback.

For that reason, I generally now post pictures quite a lot.

However, I do have some restrictions on what photographs I'm comfortable sharing. I don't like pictures that show both my face and genital nudity in the same image if I can avoid it. I think it makes it too personal, too invasive, and it is something I want to share with my Dom and no one else. He's the only one I want to share my orgasms and screams with, for the same reason I'm against the idea really of looking into posting any video. Whether this is a good rule of thumb, in general, I don't know, but that is ours.

We have in the past made up scrapbooks of our favorite photos to show new people that we meet to provide an easy answer to 'so what are you into' because while I'm unsure about anyone else, but I've always struggled to answer that succinctly. Because, well, it's most things!

Of course, such items don't need to be shared. It might be a good idea to keep a photo diary for your dom if you can't share it publicly, I think.

I don't know... I like looking back and seeing what I've done and what I've looked like doing it!

2 Weeks to Better Submissive Positions - Day 14: Show Off Your Positions!

31 Days of Submissive Journaling – Day 15: Online Security and Anonymity, or Should You Share?