The Day I Stopped Rejecting Compliments and Learned to Love Myself 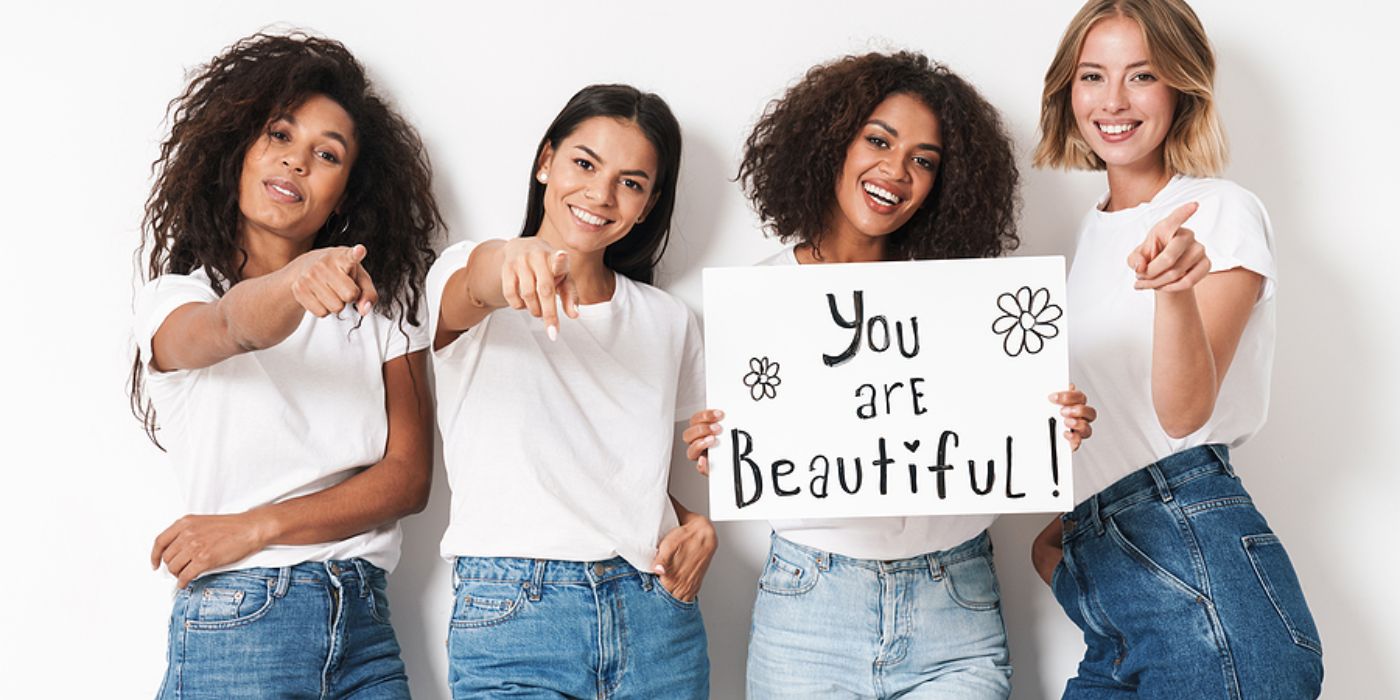 About 5 years ago I was an emotional mess. I had really poor self-esteem and my body image was even worse. I've always been an obese woman - since I was a teen I've carried more than a few extra pounds. So the cruel and hateful words of my youth sure contributed to the way I felt about my body. The ridicule followed me through college and into relationships where I was sure that the guy I was with only wanted me because I was desperate. And I know I'm not alone. You probably have similar feelings of hate about your body or particular things you avoid looking at in the mirror (I didn't own anything larger than a face mirror for years). I'm happy to say that I can look in the mirror now, and while I'm not thrilled with what I see, I can accept it. It is who I am.

How did I get here? How can someone who weighs 370 lbs, even at 6 ft tall, accept their body and learn to love the way their partner looks at them, touches them and takes pleasure in their nudity? I learned to accept compliments.

Sounds simple, right? It's not. It's painfully hard to break down the wall and reject that little voice in your head telling you that they don't really mean it or they have an ulterior motive. There’s something in our mindset that says we cannot possibly deserve positive feedback and therefore anyone who pays us a compliment must be either lying, misguided, or feeling sorry for us. This is that little extra-critical voice in our heads, externalized and projected onto others; as if it weren’t enough that we undermine ourselves, we force others to undermine us too.

Compliments don't have to be verbal either. Some of the best praise I get is a look and a smile, a heated breath on my neck or the flame of desire in their eyes. It started with my ex-husband and has continued with KnyghtMare.

Cautiously I stood in front of a mirror and touched those parts that caused me angst. I’d rub my belly, and trace the shape of my hips. At first, I still turned away from what I was seeing and feeling.

One day, during my mirror, experiment my now ex-husband approached me and asked me what I was doing. With that timid air, I told him, afraid he’d laugh at me. Instead, he stood behind me in the mirror and traced the curves so that I could see how he touched me and I started to understand and react. His touch was pure desire, not tentative touching and faces of disgust as I was doing.

He taught me to feel desire from these parts of me. He complimented my body without saying a word. And slowly I learned. And KnyghtMare has continued that work. Through all my believed imperfections what he sees is perfect.

Body image work is some of the hardest work I've ever done but it is so worth it. And it all started with compliments. I'm sure you've received them. Some people give them more often than others, but I rarely go a week without getting a couple. Years ago I would say things like, "yeah right, thanks" or "um, okay, sure." They are very dismissive of the praise you've received and I know that inside you are thinking that they can't possibly like whatever it is they complimented you on because you aren't worth it, pretty enough, thin enough, smart enough, _____ enough. And that has to stop. Right now. Just stop it.

Compliments are NOT cheap

Someone does not just hand out compliments. They are some of the most honest exchanges you can have - especially with people you don't know or know very little of. These people have no reason to stroke your ego with falsehoods. They have no reason to lie to you. So when someone stops you at the store and tells you how beautiful your hair is, or that they like your shirt, it's an honest truth.

Okay so the negativity can thrive in some of you and you'll probably respond that when someone wants something they'll try to butter you up with compliments and I'll agree, sure there are those types out there. Learning when someone is being genuine and when they aren't is part of accepting a compliment. Far more people give genuine compliments than not. Trust your gut with this.

How to Accept a Compliment about Your Body

Eventually, you have to learn how to accept a compliment and I don't expect you to believe them at first. That comes with time. But the first step is accepting them gracefully, with a smile and a sliver of honesty. A compliment is a gift after all and turning down a gift insults the person giving it and shows them that you don't value them.

Unfortunately, dismissing compliments is a pretty common response for many of us. How did I stop sabotaging myself and the compliments I received? First, stop doing this:

Putting yourself down: one common reaction is to explain why you don't deserve the praise the person is giving you and then list reasons why. Stop that.

Assuming the person doesn't  really mean it: You might be right, sometimes, but that doesn't matter. Accepting it will disarm whatever ulterior motive they may have had. On the other hand, if they really did mean it you've just insulted them and made you come off as a jerk. Stop it.

Making excuses: No it's not "just the lighting," "time of day," "special occasion" or some other silly excuse. Don't dismiss the effort someone put into compliment you.

Making them work for it: Stop the stream of "no really" and "I doubt thats" and let them give you the compliment. Putting it off 3 or 4 times is annoying and selfish.

And start doing this instead:

Be appreciative: As I said, compliments are gifts. You wouldn't reject a gift from a friend so don't do it with compliments either.

Be gracious: Giving a compliment isn't always easy. When someone does offer you one, accept it easily and gracefully. Pay one back, if merited. Let people know that you appreciate them for appreciating you.

The good news is that mastering the art of receiving compliments helps  make you into a more well-balanced, self-assured person — which, in turn, will earn you more compliments. Let the warm fuzzies begin!