Kink and Mental Health: Can “sub drop” be a trigger?

On the subject of sub drop and mental health issues, Aletheia asked:

I have suffered from clinical depression since early adolescence, if not childhood.  I've been on medication for ten years, and rarely feel depressed anymore.  My mentor suggested that I might want to avoid heavy or intense play, as she suspects that with my history, I could be at increased risk for sub drop.  Is this accurate?  And if so, what exactly constitutes the "heavy or intense" activities I should avoid?  (I'm not interested in hardcore masochism, but I would like to experience the general varieties of sensation play.)

I'm not extremely worried about this - nothing I've read about sub drop even compares to a prolonged severe depressive episode, and I already have years of experience developing and using effective coping strategies for emotional hard times.  But I figure it's good to be prepared and to know what to expect and how I can best prepare myself and avoid taking dangerous risks.

First, let me make clear that I am not a professional. Any and all "wisdom" I impart in this, and any other article in this series, is based solely on my own experience with my personal mental health issues, and the research I've done along the way.  Your mileage will vary, because, though the symptoms may be similar, mental health issues don't always manifest in two people the same way.  While I hope anyone reading the things I write on this subject walks away with a bit of comfort in knowing they are not alone, and they can have the life they desire if they acknowledge and accept that it will be a bit more daunting by its very nature, my intent has never been, and never will be, to trivialize or disregard the possible issues that may or may not arise in a relationship in which one or both (all) parties have mental health issues.  There will be hurdles.  You will be faced with deciding whether to jump them or back away.  But with a little perseverance and a lot of time, all things are possible.

Defining "intense" or "extreme" play is a little hard to do from person to person without knowing limits, experience level, and fetishes.  But really, what it comes down to is frequency, the length of time, and how closely you toe the line of the boundaries of your body and mind.

Luna has a lovely article about sub drop here, but I'll try to summarize in this article for those of you who don't have time to read both.

Imagine you're ten, and it's Halloween, and you've been Trick or Treating since about 3 pm, and here it is almost 5 pm.

At first, you were sneaking candy, thinking Mom wouldn't notice, and after the tenth piece, you felt like you were flying.  You were in an incredible mood, and you felt like you could run a marathon if only Mom would stop telling you to slow down.  You giggle a lot, and you're a little uncertain whether the haze on the asphalt is heat or hallucination.  Unless you live in New England.  Here, at any age, you know you've cracked if you're seeing heat waves on the road on Halloween.

Then Mom catches you and takes the candy bag away.  And every time you knock on a door, she makes you dump your pumpkin head into the bag before going to the next house.  And it's not long before you feel like crap.  You're not as excited about tromping from house to house in itchy polyester and a plastic mask.  You could do without Mom's constant yelling for you to keep up.  And the mummies and witches are starting to look rather convincing.

You, my dear, have just crashed.  And with every crash comes withdrawal.

Sub drop --better known in the medical world as endorphin withdrawal-- has very similar symptoms to heroin or opium withdrawal because endorphins attach themselves to the opioid receptors in our brains.  Anxiety, restlessness, depression, aches, and pains are all symptoms you might endure when "coming down" from a play session.  However, unlike anxiety disorder, bipolar disorder, clinical/chronic depression, or any of the other mental/emotional disorders that have similar symptoms to withdrawal, the most extreme symptoms only last a few days, at most.  And it's usually easily fixable.

For me, at least.

When I drop, "fixing" me is just a matter of hitting me again.  Sometimes, it only takes a slap on the ass or a punch in the bicep.  Sometimes, depending on how hard we played, it takes a mini-scene or some rather rough sex.  But who has time to drop everything, and toss around their partner to better their mood, these days? Not M, that's for sure! So sometimes, I just have to remind myself that we played pretty hard, I'm almost definitely just dropping, and wait it out.

In the beginning, I'd never heard of sub drop before, and it never even occurred to me, even though I used to be a regular user of hard street drugs, and I've always been an adrenaline junkie.  You'd think, with my experience, I'd have recognized it for what it was.  Especially when M would beat me for being bitchy, giving me the "fix" I needed, and suddenly, I was happy again.  But at the time, I had very recently been released from a hospital stay for attempted suicide, so I was more focused on the problems my mental health issues were causing ( mostly trying to pretend my "eccentricities" had nothing to do with it).  And if you read my last post in this series, then you know how much trouble I have been able to distinguish between my "eccentricities", and how I'm really feeling.

These days, however, I've done quite a bit of research into the topic, because, since becoming more accepting about my mental/emotional problems, I've also tried to get a better handle on recognizing the subtle differences between an actual panic attack, or bout with depression, and endorphin withdrawal or an actual issue.  It's still difficult.  I mean, it's only been a month, give or take, since I wrote that post.  But we're getting there.

With regard to the question of whether or not sub drop could trigger a depressive episode ( for lack of a better description), my honest answer has to be, I don't know.  In this wide world, where things are constantly changing, and everyone's just a little bit different than everyone else, it would be impossible for me to say for sure how anyone I haven't dealt with for a decent amount of time will react to any circumstance.  That being said, I have never, in my eight years of being owned by an extreme sadist, had sub drop trigger one of my disorders beyond the short time of withdrawal symptoms I mentioned before.

What does that mean for you, dear reader? Unfortunately, zip.  But I'm not gonna leave you with "I don't know."  So, here are some suggestions for "safer play" when mental disorders are involved.

Opioid withdrawal usually peaks ( is the most intense/extreme) between 36 and 72 hours, but you may experience some symptoms for as long as 14 days.  If you don't see a decrease in the extremeness or frequency of withdrawal symptoms in, at most, five days, or if your symptoms persist beyond a couple of weeks, please seek help from someone. Your top, a trusted friend or relative, a professional... Someone.  Chances are, in these cases, your symptoms are warning signs of something more serious going on.

In closing, let me say that some people, depending on their mental/emotional state, may benefit from seeking out a Kink Aware Professional, and discussing their concerns with them.  Luckily for us, the awesome folks over at the National Coalition for Sexual Freedom has amassed a list of them all over the world and set up a search-able database online.  Please read their disclaimer before using this service, but do use it.  While I haven't, yet, I imagine therapy would be much easier on all of us who are of the kinky persuasion in a place where we feel comfortable discussing all of us, and not leaving out our sexual proclivities.  However, as with therapists not found on this list, know that it may take some trial and error to find one who fits with you.

Some of the Best Kept Secrets to Sub Drop Recovery 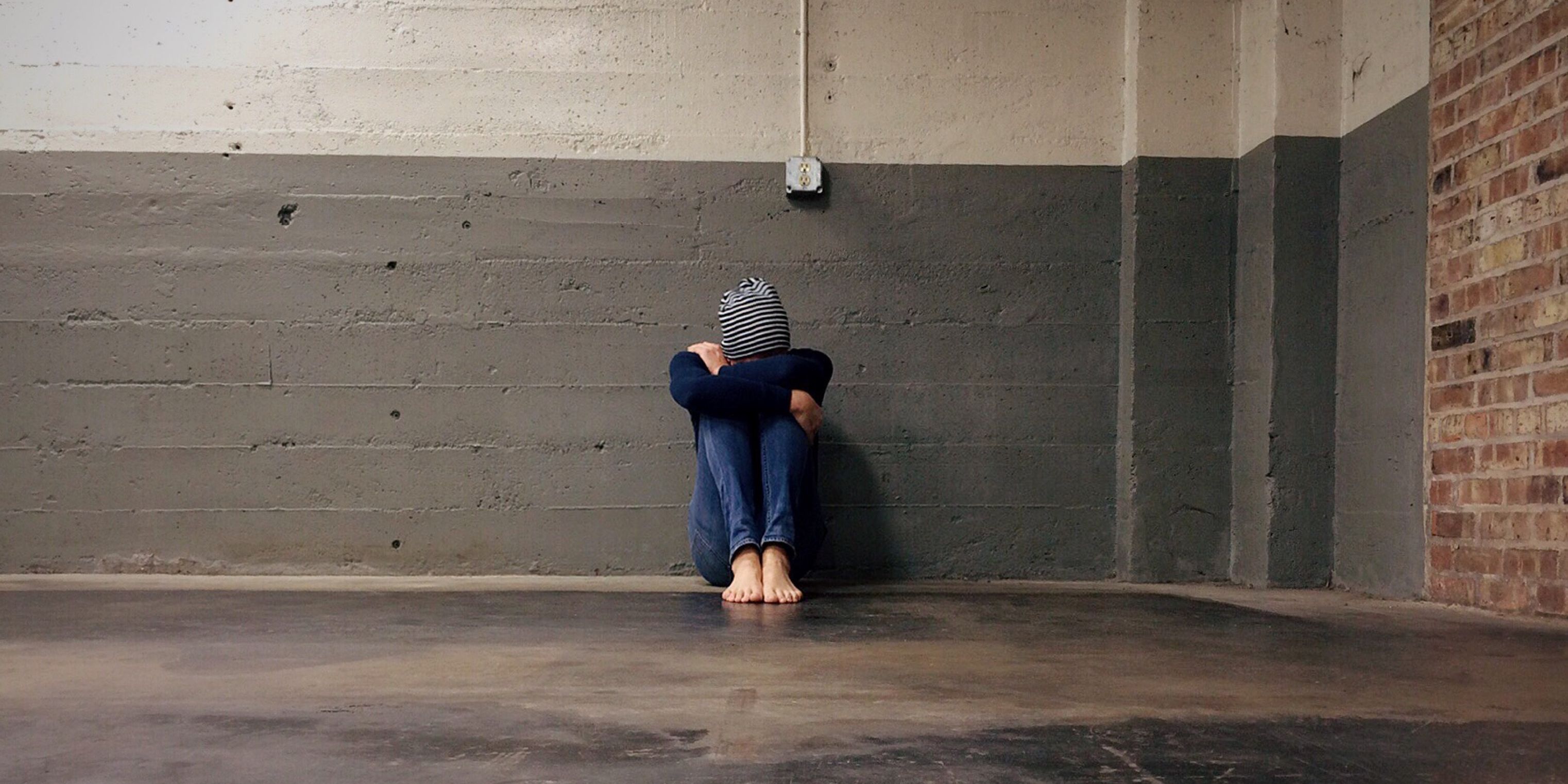 Kink and Mental Health: The Ethics and Legality of Consent