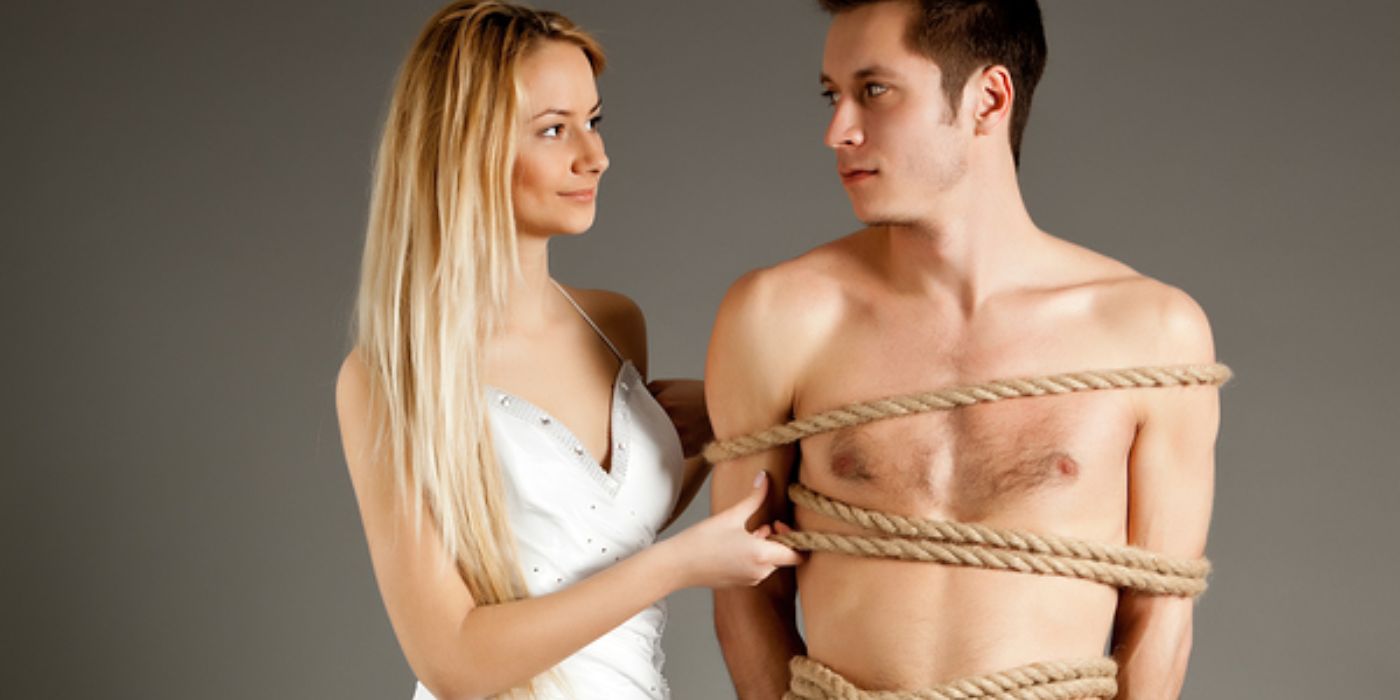 This is a guest post by Mistress Steel. It was part of her Steel's Chamber Scrolls which is now defunct. Shared with Permission.

_Disclaimer: This article is over 15 years old and some of the thoughts may feel antiquated. It is shared here to expand your view and see the growth of knowledge over time. _

Long Term Relationship. 24/7 simply means 24 hours a day - 7 days a week. Not so simply, it usually means the desire for a lifetime commitment or a relationship. Many of the same attributes are familiar to all of us in its vanilla counterpart - the marriage.

Much of the modern D/s (Domination/submission) community closely resembles or mirrors tradition, except that in many ways, the level of expectation between the partner's within the relationship tends to be stronger. The community that we see today is quite similar to what we would call a 'normal' relationship of 100 or more years ago in many ways. D/s is the domination of one partner 'over' the other partner within the relationship. There are some indications that people sense the 'casual integrity' of the conventional marriage contract today. It's often limited to personal commitment and apparent rejection by today's society. Some of the rapid growth of the D/s community can be traced to people's dissatisfaction with this phenomenon. People seek strength. Many people see societal weakness in this permissive environment and desire to find the 'image or substance' of the type of community and security they believe was normal in their grandparents.

With change comes a sense of insecurity and a feeling of internal restlessness. There is often a strong sense of chaos or for the individual the feeling of being lost. From a female's perspective, this alteration has offered unknown freedoms in the areas of physical and financial independence. With those freedoms, the anxiety of not knowing if their mate has the personal resolution to stand next to them through thick and thin. In many cases, men tend to view these new freedoms as adequate to relieving them of personal responsibility to remain within their relationships when problems occur or when things get complicated. Another aspect which should 'not' be overlooked is a growing desire on both sides to experience the opposite of traditional expectation. For many people, this is probably the first time historically when it is relatively permissible to explore these feelings. As recent as 20 years ago could devastate one's personal life, career, and reputation should such feelings be openly displayed or exposed. The responses to these changes are often quite different from one gender to the other. In many ways, female submissives tend to be actively seeking the 'strength' of the traditional male (even in fem/fem relationships). In contrast, many male submissives seem to be actively desiring to shed that role and find wholeness along pathways of previously unexplored aspects of their personalities and inner self.

We are all a product of thousands of years of evolution, experimentation, mutation, and success. What we consider to be tradition today is only tradition from the viewpoint of a brief timeframe. Today's traditions have been prominent in less than 2000 years. Most of the organizational aspects of 'male dominant,' 'female submitting,' can be traced to the patriarchal imposition of behavior by religious organizations and governments. There have always been suggestions that this patriarchal framework was 'the' model for humankind in more ancient or primitive societies. However, this may be less true than it might appear on the surface. Modern primitive tribes of people who have been 'detached' from interaction with the larger populations often structure their societies without what we consider traditional patriarchal dominant structures. Our understanding of human history continues to be written and rewritten. We are forced to find that the most prevalent model for human relationships is forms of a cooperative effort to make the 'family' more successful. If you look closely at our societies, you will see evidence of this behavior in virtually every culture.

There is much within D/s that draws on the desires of those looking at it from the outside. There is an image of strength, purity, sensuality, and eroticism. There is a removal of puritanical imposed sexual restraints and ideological traits such as loyalty, honor, respect, integrity, trust, truthfulness, and commitment. Living 'to' those same images is vastly different or more challenging.

It has become cynically acceptable to 'expect' failure within relationships. In some ways, these expectations offer people an avenue of mental escape from the integral 'value' of their own words, oaths, or commitments. They 'know' that if they have a problem in their marriage that friends, family, and coworkers will shake their heads and nod in commiserate understanding. They will personally experience little or no 'loss of face' or reputation for that failure.

For D/s to work, the individual's 'word' has to have meaning or value. One of the fundamental foundations of the relationship is 'trust.' If your word is 'fluid,' then you cannot establish and sustain this essential 'trust.' This alone requires the 'unlearning' of vanilla habits. A person who actively demonstrates a 'failure' of their word or oath within D/s becomes untrustworthy (for either Dominant or submissive). Without fundamental trust, the relationship will cease to exist in any type of positive or growth state.

It becomes 'crucial' to say 'clearly' precisely what you mean and to listen 'carefully' to hear 'exactly' what your partner says to you. We have often been taught to try to 'say' what we believe other people wish to hear instead of the truth. Truth alone can be blunt and unkind, and it is also the edge of the blade that does far less damage than one that is blunted by false veneers. Honesty is essential. Hiding or masking anything will quickly lead to a morass of problems and, most often, the severing of the relationship's potential. To be believed, you 'must' be believable. If your word can be found to be weak or tenuous, then you will not be trusted, respected, or valued.

Many people race toward a 24/7 relationship with their eyes filled with its potentials. Colored viewpoints based on fantasy, desire, unrealistic expectations, and completely erroneous ideas on who they are inside. Reconciling the 'image' to the 'reality' takes time, hard work, and usually years of effort and compromise. Embracing yourself is not something that will occur within ten minutes of finding your first D/s chatroom or the day after your first experience. It is a process that is filled with struggle. One submissive that I know describes it this way, "submission is often like an insurrection, a constant war within myself that my desire and will control and engage." Submission is not a constant; it is not selected or chosen and then merely 'in existence' in a single moment of choice. Nor is domination a constant. To suggest that it denies the 'fullness' of the inner self. Dominant's feel as many moments of vulnerability and personal weakness as any other human. Being able to experience these moments without criticism or judgment openly is also part of being whole. Often a new Dominant will believe that 'showing' these 'weaknesses' will make others lose respect for them. In reality, the reverse is true. The removal of response to 'perceived shame' is a demonstration of strength. Embracing the entirety of yourself will strengthen and reinforce the ego or the core platform from which you live.

24/7 requires that both individuals actively focus on positive growth within the relationship. It becomes mandatory to develop new skills and personal flexibility to adapt to the unique desires and needs of your partner. It requires the selective and again active removal of ingrained vanilla habits of response or expectation-driven reactions. A full-time 24/7 relationship will not survive lies, dishonesty, casual oaths, or any demonstration of a lack of trustworthiness.

The ramifications of failure for a D/s couple are often more devastating than similar consequences in a vanilla relationship. In general, the investment is deeper, especially if that same D/s couple is actively (as most are) involved in BDSM. D/s requires more from people. The levels of commitment and responsibility are significantly higher, as will be the subsequent challenges and stresses for everyone involved in the years that follow the initial choice to join together. Such relationships should not be entered into quickly or casually. Time is not an enemy here. Take the amount you need to investigate all aspects of your potential partner carefully. Then move forward into the depth of full or intense bonding and potentially considering a full-time relationship or 24/7.

Written by F.R.R. Mallory - also known as Mistress Steel. This article may be excerpted from Extreme Space, The Domination and Submission Handbook, Safe, Sane and Consensual, Dangerous Choices or other books by F.R.R. Mallory and shared here with her permission. Please click on the book title for information on how you can order a copy of these books and others by F.R.R. Mallory. 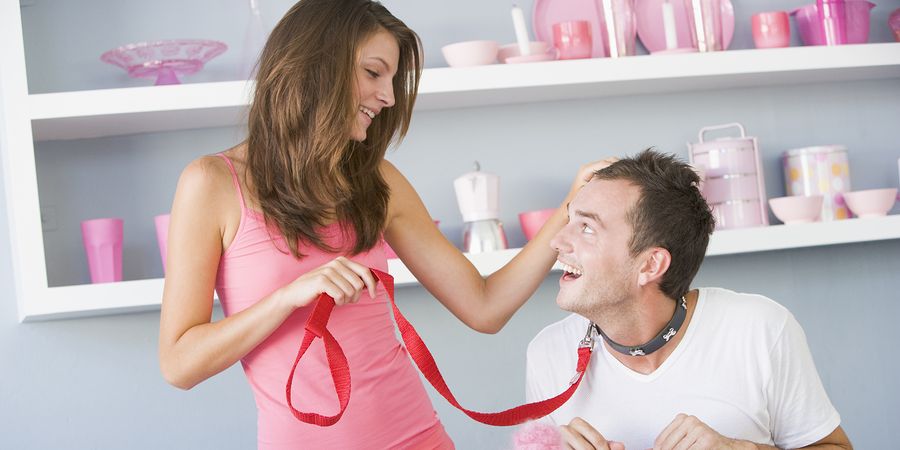 A Primer on Pet Play and Human Pets